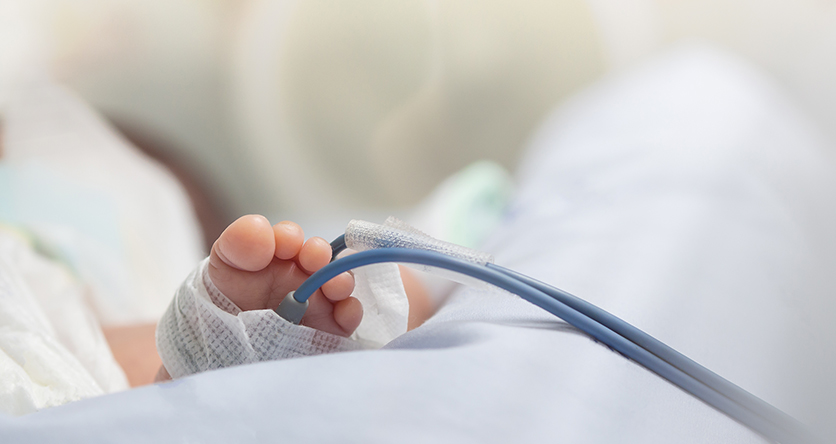 Normal pregnancy generally lasts for 40 weeks. A preterm baby also called a premature baby, arrives sooner, that is, before the 37th week of your pregnancy. The reason for baby arriving sooner could be medical or non-medical reasons. There are multiple cases of preterm babies each day and though some preterm babies may face health complications, many of them also go on to live a normal life. With the advancement of medical science which includes Neonatal intensive care units, the outcomes good. Having said that, complications can still occur, and you should exactly know them.

Some common short-term complications for preterm babies include breathing problems, heart issues, jaundice, infections and problems in the digestive tract.

Breathing Problems
Preterm babies generally have an immature respiratory system and immature lungs due to which they develop breathing issues.

Infections
Preterm babies can catch almost any infection and in any part of their body. This happens because a premature baby has a less developed immune system.

Neurological Problems
Some preterm babies may have bleeding in the brain because of immature blood vessels. Cerebral palsy is a major and long-term consequence of this. Cerebral palsy is a movement disorder that affects muscle coordination, movement, and balance. It’s caused by an infection, poor blood flow, or a brain injury during pregnancy or after birth. Problems that may occur later in the stage of premature children’s lives are mental retardation, thinking & learning difficulties, language delays etc.

Gastrointestinal and digestive system
Premature babies are born with an immature digestive system. This makes it difficult for them to absorb the nutrients required for their improvement at this critical stage. Also when the intestine has poor blood flow, bowels can develop infection called as necrotizing enterocolitis.

Anemia
Usually preemies are born with lower levels of red blood cells. If they are not higher than 15 grams in new born babies, they can contract anemia.